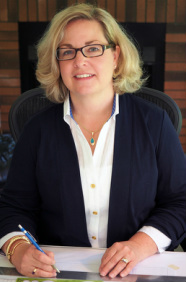 About Joanne
Joanne is a Troy, NY native, who spent most of her childhood summers growing up on Lake George in upstate New York. Joanne obtained her Bachelors of Science from Cornell University in Interior Design. She has 30+ years of experience in the interior design field, with starting her own company, Spatial Solutions LLC., in 1991.
Growing up, Joanne was exposed to space planning and design when her parents renovated their home, with the direction of an interior designer. This experience opened her eyes to a future that excited her, where she could work within the intersection of science, math, and art.

"I'm influenced by the world around me. The weirdest things can inspire me. They can be totally unrelated, which allows me the opportunity to draw a correlation between them, and create something new." 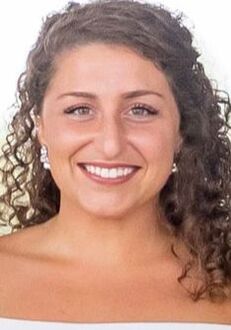 About Melissa
​    Melissa currently resides in Wynantskill, NY, where she grew up. She graduated from Mount Ida College in Newton, MA in 2017 with a Bachelor's of Science in Interior Architecture and Design.
While growing up Melissa always rearranged her bedroom and changed the décor - she did what most people think interior design is. Through more research and education, Melissa learned designers have such a major impact on the way people feel and interact in a space, and that was something she was drawn to.

"I have many amazing interior designers and architects that I use for inspiration, but I’d have
to say each one of our clients are the most influential for a project. Whether it be a company                  building or a residence, getting to know the client as much as possible helps create a successful              design that should accommodate specific wants and needs."

For the future, Melissa hopes designers can keep growing their own identity. "I am not NCIDQ certified yet, but I do plan on it. I think designers becoming certified is super beneficial to acknowledge the difference between CID (certified interior designer) and a decorator." 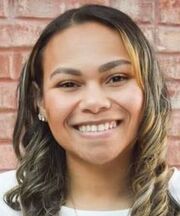 About Alyssa
​    Alyssa is a designer who currently resides in Troy, New York, where she was born and raised. She obtained her Bachelor's in Fine Arts in Interior & Spatial Design from Russell Sage College in Albany, NY in May of 2021. While growing up, Alyssa always had a passion for art. She chose interior design because she likes working with technicalities, while also expressing herself creatively. Later on, she began to learn about the principles of design, and realized her passion for helping others could create beautiful and functional spaces.

"Many architects and designers influence the way I design, but what heavily stimulates my senses, are my surroundings. I feel our environment influences the way we feel, respond, and think, which plays a key factor in the way spaces are created in today's world. There is nothing more inspirational in life other than the world we live in."

Alyssa's hopes for the future of interior design, that designers believe that through observation and research, you as a designer, can create meaningful environments that promote function, engagement, and well-being for others.